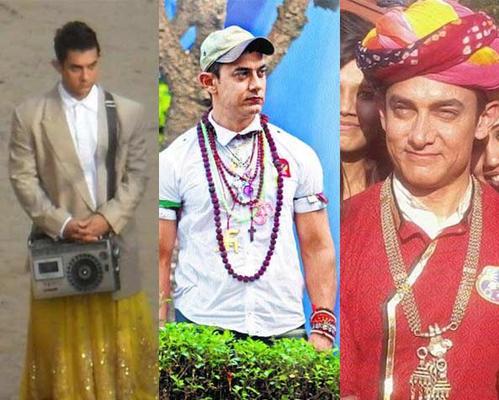 Salman's character in "Kick" speaks many languages because he doesn't get a kick out of speaking just one. Aamir has decided to take this to his real life and is nowadays heard speaking Bhojpuri!!!

The story is that Aamir's character in Peekay speaks Bhojpuri. Aamir practiced so much that he is now proficient in Bhojpuri. Apparently, he enjoyed his experience so much that Aamir has taken to speaking it with his staff, friends and colleagues even when he is not required to! He greets everyone in Bhojpuri, orders his food in Bhojpuri and is generally heard speaking the language!

Is this just a passing fancy? Or does this mean that Bhojpuri producers and directors can now start queueing outside Aamir';s house?

Your mom has gone mad: Priyanka's colleagues told her when they made Bhojpuri film

Aamir Khan on convincing Salman Khan to get married

SRK and Aamir will be afraid to speak their mind: Sonam confessed at an event

Why Aamir Khan say so happy to work with Sunny Leone