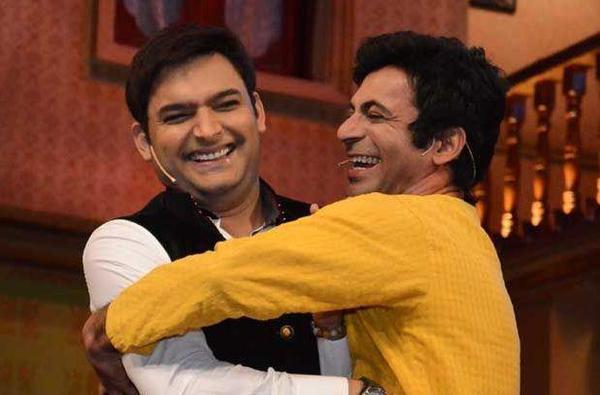 A little while ago, thousand of "Gutthi" fans were left shocked and sad when Sunil Grover quit the popular comedy show "Comedy Nights with Kapil". We were elated to know that Sunil was going to star in another Comedy show on another channel. But the new show could not bring a smile to any face and we wished it had never been made. But now, all you Sunil Grover fans can smile again. Sunil is back on Comedy Nights with Kapil, though not as Gutthi.

Kapil recently welcomed Sunil back to his show  in a new avtaar, that of his father-in-law. Kapil tweeted, "Welcome back @WhoSunilGrover aap aye hain comedy nights me.. Phool khile hain gulshan gulshan.. Hahaha."

Kapil Has Found His New Guthi!

Guthi Breaks Up With Kapil!

Sunil Grover Aka Gutthi At The Myntra Fashion Weekend 2014