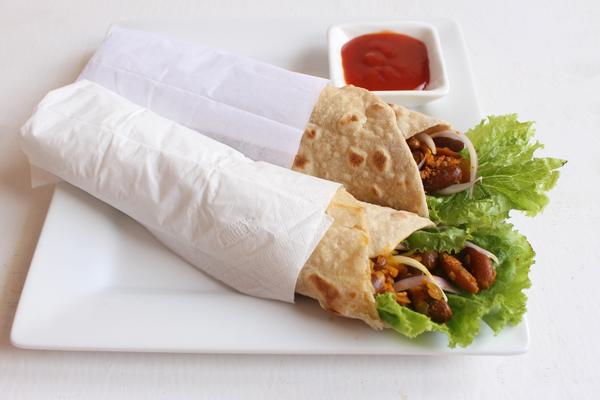 An exmple of a healthy meal is the Rajma Wrap. It can be eten as a snack or as a breakfast. It is high in protein, carbs and fibre. What's more, it's rather easy to prepare. Read the recipe and you'll be cooking this dish by tonight!

1. Start by preparing a soft dough from the flour, adding a little oil and salt to taste. Keep aside.

2. Prepare the Rajma filling now. Crush the rajma slightly with a ladle. Fry cumin seeds in a pan, add chopped onions and tomatoes to it. After cooking for a few minutes, add the rajma and season as per taste.

3. Now make your wraps or light thin rotis using the dough you made.

4. Fill in the rajma into each wrap and garnish with tomatoes or chopped bell-pepper rings.

Beans With A Twist

'One meal on my birthday is always rajma chawal,' says Athiya Shetty

It’s a wrap for Hrithik Roshan and Tiger Shroff's film

Sushant-Sara, wrap up the first schedule of Kedarnath

Finally! Anushka wrapped up the shooting of Sultan

Raees wrapped up: SRK will miss from the sets

Get Healthy With This Recipe!
LATEST EVENTS / GALLERIES
Most Read
...loading