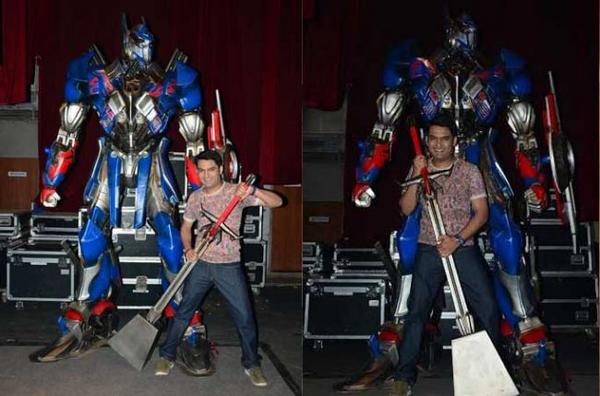 Kapil Sharma has proved that he is famous not just in India but abroad as well!

YRF may have kicked Kapil out of his debut film with them, but Kapil is riding high on his popularity in Hollywood. Yes, Hollywood knows Kapil. A film crew from Hollywood even paid Kapil Sharma a visit recently! The team of latest Hollywood film Transformers 4 visited Kapil Sharma's set to promote their film in India.

You see, the trend of visiting telly shows to promote films is not just catching on in India. Even the Hollywood guys do it all the time! But imagine how important the Indian market is, they are here to promote their film on an Indian TV show! Hats off to Kapil for this achievement.