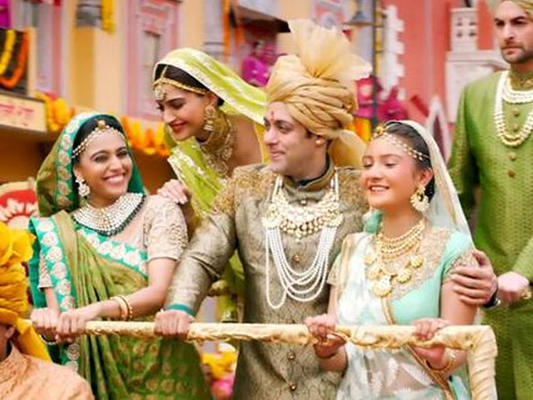 After scores of 100 cr films like Dabangg and Wanted, Salman Khan is finally back to doing what he does best: playing Prem!

Salman may have made a lot of money playing the cool action hero in many 100 cr films, but he is most loved for his "Prem". His films like "Maine Pyar Kiya", "Hum Aapke Hain Kaun", "Hum Sath Sath Hain" etc remain his most loved films even today.

So after a decade of playing the action hero, Salman is now once again working with Sooraj Barjatya's Rajshri Productions in a film titled "Prem Ratan Dhan Payo". The name is a big indication of what the character might be like. If you have any doubts, take one look at Salman's traditional avtaar in the picture! This is definitely one film worth waiting for!

Sooraj Barjatya to reunite with Salman Khan; Here's all you need to know about the family drama

Highest Opener Of 2015 PRDP, Prem Is Back