Weekends Without Comedy Nights With Kapil? 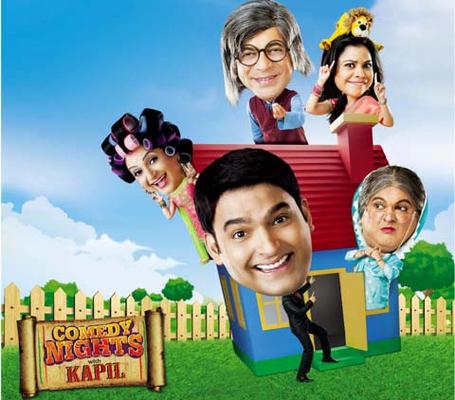 Bad news for all you fans of Kapil Sharma - hit TV show "Comedy Nights With Kapil" is going off air!

As we all know, Kapil Sharma is all set to make his foray into the glamorous world of Bollywood. Ever since news of his starring in a film broke out, everyone has been wondering about the fate of CNWP. There have been numerous reports of the show being taken off air, and finally one of them is true!

Kapil himself tweeted, "Comedy nights' is going off air from september.. V will come back with new characters n new set.. Till den.. Keep smiling :)," He also thanked all his fans and audiences for the love and appreciation, tweeting, "Thnk u so much for ur love for comedy nights. Keep smiling n stay happy :)"

So what does Colours plan to come up with to fill the void that Kapil will leave behind in our weekends?

Kapil Sharma's Pinky Bua is All Set to Get Married!

Kapil's Comedy Not So Comic Anymore!

HNY Team At Comedy Nights With Kapil To Promote Their Movie

Shahrukh,Deepika And Rohit Promote Chennai Express On The Sets Of Comedy Nights With Kapil