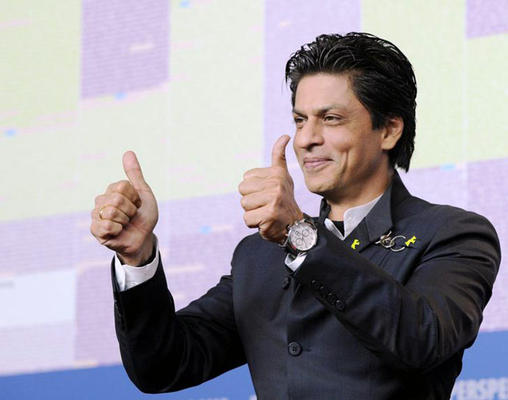 So, as per Wealth-X the Ultra-high networth intelligence firm which has recently declared the power list of the richest actors in the world our own Shah Rukh Khan is the 2nd Richest Actor in the world. He has comprehensively beaten the likes of global superstars such as Tom Cruise, Johnny Depp and Tom Hanks. Wealth-X, estimates the Bollywood star's net worth at $600 million. He's the only Indian actor on the list, coming second to Jerry Seinfeld, who is worth $820 million.So how come an Indian Superstar has made it to the big league of this exclusivel list of richest actors.

SRK is a smart actor and an even smarter businessman. As an actor he has starred over 90 films which incude superhits such as Dilwale Dulhaniya Le Jayenge, Kal Ho Na Ho, Baazigar among others. It is estimated that the star charges over Rs. 35 crore per film currently. SRK also is known as the King of Endorsements. He endorses about 19 brands, from FMCG products like Frooti to luxury brands like TAG Heuer, which, incidentally, he has been representing for 11 years. Other brands he has leant his star power to include Lux, D'décor, Nokia, Videocon, Airtel and Hundai. In 2013, Forbes dubbed him (Shah Rukh Khan Inc, they said) the biggest brand in the country, calculating that he earned Rs 202.8 crore between October 2011 and September 2012.

SRK also became a producer in 1999 and when he launched Red Chillies Entertainment, he went on the produce (or co-produce) top grosser such as Ra.One (Rs 170 crore approx), Don 2 (Rs 106 crore approx) and Chennai Express (Rs 227 crore). He is also the co-owner of IPL Team KKR - Kolkata Knight Riders. SRK, along with partners Juhi Chawla and Jai Mehta, owns KKR which was one of the only teams to record a profit during the first season of the IPL, and by the following year, with a valuation of $42.1 million, it was the richest team in the $2 billion league. According to a more recent evaluation by American Appraisal India, the team is currently valued at $69 million.

SRK launched Red Chillies Entertainment (RCE) with wife, Gauri, 2002 and produced (or co-produced) films he's acted in - think Don 2, Ra.One and Chennai Express. RCE also includes an in-house special effects studio, which produced the vfx needed for Ra.One. For FY 2011-2012, the company posted gross earnings of Rs 150 crore. Also in 2012, RCE went global, with the opening of its American offices; and now, it seems Khan's production house is ready to launch itself as a full-fledged movie production studio producing rom-coms. He also picked up a 26% stake in KidZania, a theme park for kids, that's spread over 75,000sqft in a suburban mall in Mumbai. He's involved in creative aspects of the franchise and helps connect the brand with other in the market.

The actor is also known to shake a leg at VIP weddings, for which he has charged  Rs 8 crore and so there you have it. Now you know why the King is called "The King".