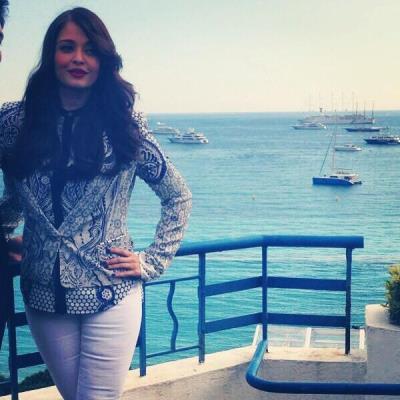 As Aishwarya ia busy fulfilling her commitments with L'Oreal at the Cannes Film Festival, we have heard a bit of news about her. The lovely lady is all set to make a comeback to Bollywood after a hiatus of a few years. Film maker Sanjay Gupta has revealed that Aishwarya is playing the femle lead in his next film titles "Jazbaa", which will be an actiona packed thriller.

Currently Aishwarya is at Cannes where she has been a regular feature for the last 13 years, as a brand ambassador for cosmetics giant L'Oreal.

Sonam To Go Desi For Cannes

Ash Canne Do, Sonam Canne Not Do!

Irrfan And Aishwarya Visited DID Season 5 For Jazbaa Promotion

Aish And Irrfan At Jazbaa Trailer Launch In Mumbai

Aishwarya Rai At The Jazbaa Photocall

Aishwarya Rai At Premiere Of Cleopatra At Cannes Film Festival