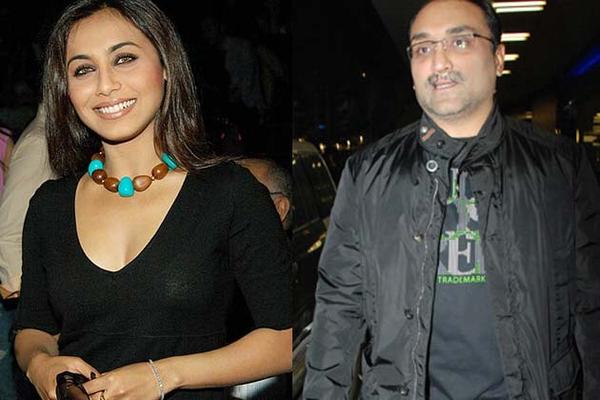 Rani Mukherjee and Aditya Chopra's love story is the stuff that Bollywood movies are made of! After a failed marriage, director Adi falls for his heroine Rani. The relationship becomes serious but the Chopra family was against the match. The entire Chopra family stood by their bahu and opposed their son's extra marital relationship. But it seems the two have finally managed to convince the family. Rani and Aditya are now officially Mr and Mrs Chopra.

Rani and Aditya got married in a secret ceremony in Italy. The quiet affair was attended by close friends Karan Johar and family. This is what Rani had to say, "I have always believed in fairy-tales and with God's grace my life has been exactly like one, and now as I enter the most important chapter of my life."

Ranveer Singh On The Sets Of Kill Dill

Rani Mukherjee On The Front Row with Anupama Chopra