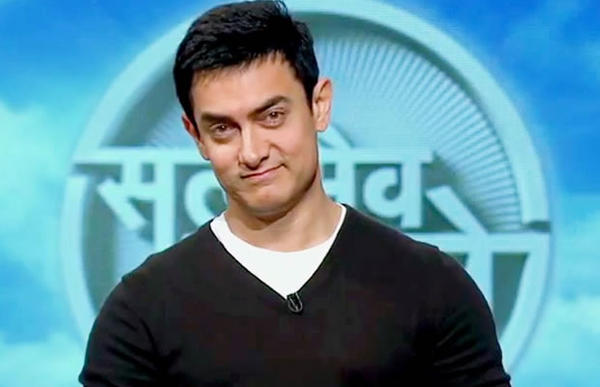 Aamir Khan's documentary show Satyamev Jayate kicked off its second season yesterday with a very gripping episode that saddened, shocked, and shamed us all. The first episode of seaon 2 tackled the issue of the rising number of rapes in our country. The show started with a mention of high profile rape cases, including the Dec 16 gangrape. The rest of the episode tracked the trials and tribulations that the victim is subjected to after the rape.

The Episode touched on the three pedestals of society that are responsible for keeping the society safe, secure and healthy. The Police, The Medical System and the Judicial System. Aamir Khan took on each of these departments of the goverment one by one and tore into their procedures and processes and their attitude towards Rape and Women.

For instance, it was really a shocker to know that even our medical textbooks tell our medical students to look upon a Rape Complainant as a suspect and not as a victim. Also, there is very little knowledge imparted to these would be doctors upon how to conduct forensic tests which can prove to be valuable evidence during the trial.

However, kudos to the makers and the producers of the show for bringing this so-very-uncomfortable topic right into our bedrooms and making it a topic that our nation will converse about for some time to come. We wish though that the show would have covered how women can try to avoid rapes happening to them or at least things that they need to be equipped with such as self defence techniques so that rather than ending up being victims of rape, they can fight such instances.

What did you make of the episode? Do write in and tell us...

Raveena Is Back With A Strong Message