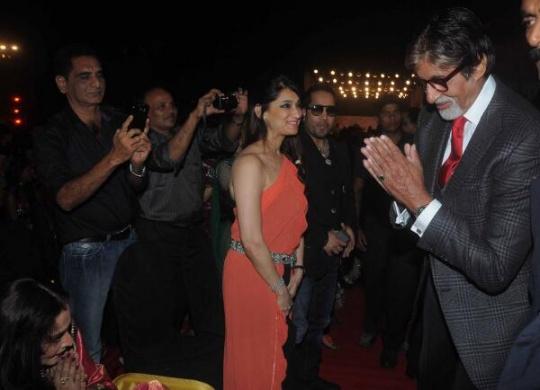 A cold war has been going on between the Bachchans and Rekha for many decades now. This started when both Amitabh and Rekha were at the pinnacle of their career. They two worked in many hit films opposite each other and shared a chemistry that went much beyond their reel life. Amitabh and Rekha had a torrid affair that lasted for years. It was only when Jaya made it clear that she was not going to leave her husband at any cost, that this affair halted. When Bachchan suffered a near-fatal accident on the sets of Coolie, the trauma served as an opportunity for the Bachchan couple to reunite and come closer. This is when the Amitabh-Jaya story finally came to an end.

After this, Jaya made sure that she and her husband never crossed paths with Rekha or worked with her again. The cold war was on. For decades now, the Bachchans have never publicly acknowledged or spoken to Rekha. The gorgeous diva has also maintained a safe distance from the couple.

But this cold war came to and end at a recent awards function, where Amitabh Bachchan greeted Rekha publicly with folded hands and got a similar response from the lady. Wife Jaya went even a step further and met Rekha warmly, clasping her hands. This comes soon after an interview where Amitabh had said that he would like to work with Rekha once again if a director approched him with a good script.

Do we see a reunion of Bachchan-Rekha onscreen coming?

Bachchan Family Pledge Their Support Towards The Girl Child