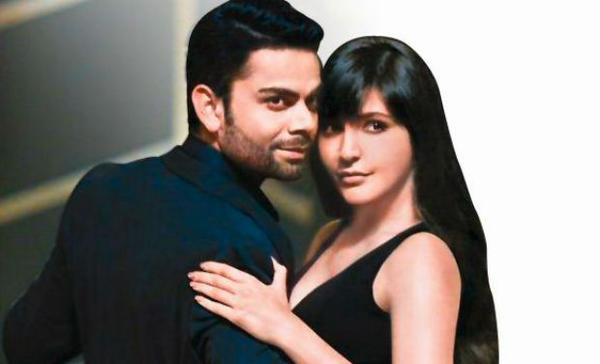 Virat Kohli recently returned from his South Africa turnament on 31st December. He was supposed to go to a hotel with the rest of his team mates. But he went directly from the airport to his "rumoured" girl friend Anushka Sharma's residence. Virat and Anushka rang in the New Year together at Anushka's place.

It has been reported that Anushka has sent two cars to the airport to pick up Virat. A Range Rover for Virat's luggage and a BMW for him! Doesn't this smack of a romantic linkup? But as usual, we shall not be hearing any admissions anytime soon!

Anushka has chosen to hide behind the "just friends" tag. She has said to the media, " I am not dating him. I am friends with him. I think he is very well brought-up. Yes, when he is in Bombay, he does come and see me, which I think is pretty normal."

Did Virat Just Make It Official???

The rumours surrounding Anushka and Virat’s engagement are untrue

Take a look: Virat and Anushka are definitely back together

Anushka Sharma And Virat Kohli Snapped At The Domestic Airport

Anushka Sharma And Virat Kohli Cant Get Enough Of Each Other