Hrithik and Suzanne End Their Marriage! 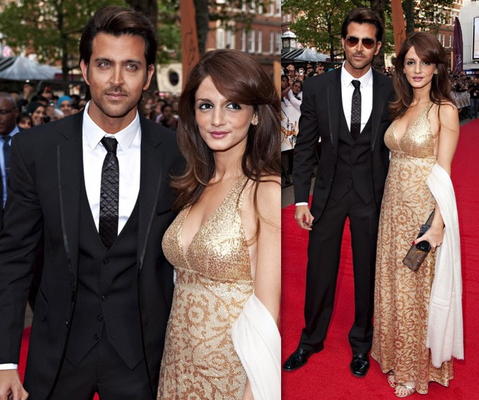 It's official. The most loved couple of Bollywood has decided to call it quits.

After months of media speculation on their turbulent relationship, Hrithik Roshan and Suzanne Khan have decided to separate. The actor has confirmed the news of their separation to the media. Hrithik has said, "Sussanne has decided to separate from me and end our 17-year relationship. This is a very trying time for the entire family and I request the media and the people to grant us our privacy at this time."

Suzanne said, "We are two individuals who respect and care for each other and have made our own individual choices. We are parents to two wonderful kids and our responsibility remains to protect and take care of them."

Hrithik and Suzanne have been together for the last 17 years and got married on Dec 20, 2000 after the very successful debut Hrthik had with "Kaho Na Pyaar Hai". Trouble started brewing in the paradise after reports of an affair with Barbara Mori rocked this rock-solid relationship. Most people thought that those reports were just a PR exercise to sell the film "Kites". But Hrithik and Suzanne have never been the same again, if you believe all the media hype surrounding their marriage for the  last 2 years. This is indeed a very sad and testing time for their family, especially their 2 sons Hrehaan and Hridhaan.

What's Up With Hrithik and Suzanne?

Hrithik Proposed To Kangana in 2014!

Akbar will be having another baby!

Hrithik Roshan Poses With Fans In London And LA

A Collections Of Candid Photos Of Bollywood Hunk Hrithik Roshan