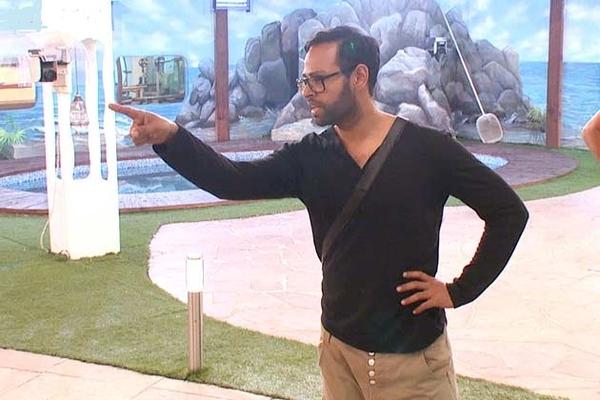 So this week's nominations came with a twist. Bigg Boss chided the housemates for discussing nominations, even in the presence of the captain. Current captain Kushal was asked to name 5 housemates who were guilty of discussing nominations, and also name the contestant who was most guilty of this mistake. Bigg Boss announced that the 5 housemates named in this regard would be nominated for eviction, and the one singled out as the highest defaulter would have to leave the house. After discussing with the housemates, Kushal named Andy as the worst defaulter. This obviously did not go down well with Andy and there were sparks flying off everywhere!

Now this is probably just a stage set for bringing in the new wildcard entries Candy Brar and Ajaz Khan. Currently these two are housed in a seperate living area, and it is likely that Andy will be housed here too after he is brought out of the main house. Incidentally, Candy Brar is an ex of Kushal Tandon's and there has been at least one incident of Guahar showing insecurity about Candy. Good potential for a few interesting episodes?

Celebrities in this Article: VJ Andy