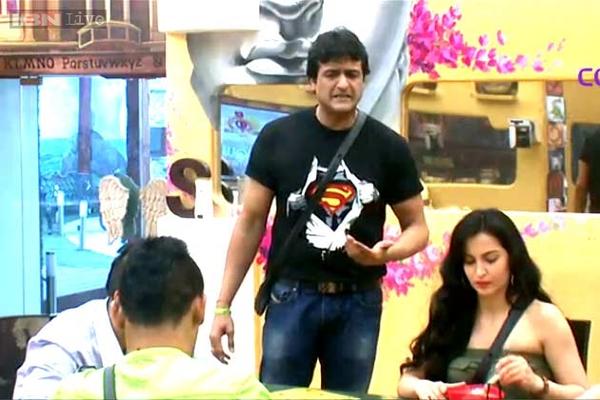 He's had a big fight with Gauhar, one with Andy, one with Kushal, one with Asif, and recently, one with Kamya too! Yes, Armaan Kohli is an angry man. The Bigg Boss contestant who bore the brunt of his anger this time is Ellie, Salman's favorite contestant!

In the budget task given to the housemates, a few had to be packed into boxes, while others tried to force them to come out. As Armaan sat in his cardboard box, trying to win the task, the other contestants started banging the box in order to irritate him enough to come out. As he flared up in his well known anger, Armaan accidentally hit Ellie on her forehead. The other contestants started giving him some heat over this, and finally were successful in angering him to the point of tearing the box down and emerging out of it!

Now the whole country knows that Armaan is really short tempered and needs some anger management lessons. Do you have any tips you would like to share with Armaan through this platform?

Celebrities in this Article: Armaan Kohli

How Will Tanisha Survive Without Armaan?