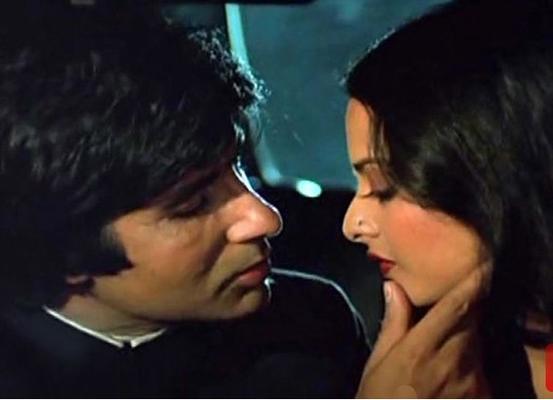 If all goes well, we might be in for a special treat from director Anees Bazmee very soon. A few days ago we brought you news that he is making the sequel to Welcome, with John and Shruti in the lead. We also told you that megastar Amitabh Bachchan is also in talks to play the role played by Firoz Khan in the original. The latest buzz is that the star cast might get a little more interesting.

A little birdie tells us that the director is also in talks with Rekha to play a part in Welcome Back. Anees wants Sr Bachchan to play an underworld don, while he wants Rekha to play a fashionista in his film. He is still in talks with both the senior actors and it would become a casting coup if he could get Bachchan and Rekha to act in the same film.

Even if both agree to work in the film, it is very likely that they might refuse to share screen space.

Will You Watch Super Nani This Weekend?

Amitabh Bachchan At The Launch Of Smartphone 'LG G4' In Mumbai

Amitabh Bachchan At The Launch Of The Online Magazine On Cinema