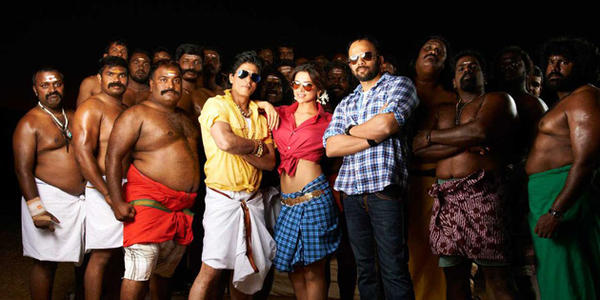 The numbers game once again proves that SRK has not lost his golden touch, he still rules the hearts of his fans. Chennai Express has broken all records at the box office. Not only did it have the biggest opening ever, it has also become the faster 100 crore film (took just a weekend to cross that milestone). The film made 157 crores in its first week and is already the biggest grosser of 2013.

Already 3rd biggest grosser of all times, it remains to be seen if Chennai Express can beat the numbers of 3 Idiots and Ek Tha Tiger to get to the No 1 spot. For now SRK is all smiles and basking in the glory of his much loved film.

Why Aashiqui 2 Is Most Special In The 100 Cr Club?

Shahrukh And Rohit At The Zee TV Bash For Chennai Express

Shahrukh And Deepika At Chennai Express Premiere In London

Deepika And Shahrukh On The Sets Of Chennai Express