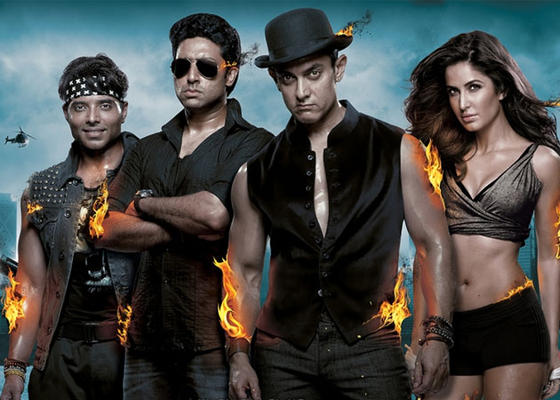 Yash Raj Films has released the first look of their much awaited and much hyped "Dhoom 3".

This is the 3rd film in the Dhoom series, with Aamir Khan following in the footsteps of Hrithik Roshan and John Abraham. This is the franchise where some of the biggest names in Bollywood play the baddies, with Abhishek Bachchan and Uday Chopra always chasing after them as cops! The leading ladies are generally used as sexy props.

So what do you think of Aamir's first look in Dhoom 3? Do you think it's exciting enough to make you watch the movie right away? The chiselled muscles on Ammir's back look good, but hey, where's the rest of the cast in this poster? It definitely looks like this would be a one-man show!

So How Did Katrina Lose Weight?