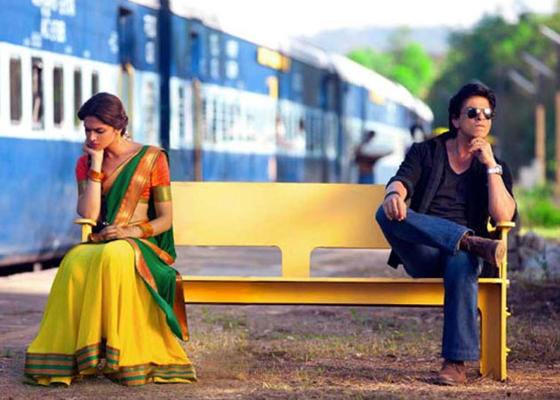 Bad news for SRK fans! If you have been witing for this Eid which is when SRK's Chennai Express releases, you may have to rethink about whether or not to watch the film! Multiplexe chains have decided to raise the prices of their tickets during the Eid week, by  upto 40%. This essentially means that in many cinemas across India, the price of a ticket might be around Rs. 500!

While the PVR and Cinemax cinemas have decided to raise their prices by 25% for the whole week, the Fun Cinemas group have decided to hike their weekday prices by 40% This is what Anand Vishal, Head of Operations, Fun Cinemas said, "The jump in weekday ticket prices is largely due to the fact that currently they are sold at a lower price. Eid has been traditionally good for business and during the Eid week, we expect to sell more tickets than we do in a full month otherwise. A Shah Rukh Khan film is coming after nine months and history shows that Rohit Shetty's films have not gone wrong at the box office."

'Race 3' team to have working Christmas

Shahrukh And Family Celebrate Eid At Mannat With The Media

Shahrukh And Deepika Landed At Mumbai

Shahrukh And Deepika At Chennai Express Premiere In London

SRK And Deepika In Munnar At Chennai Express Press Meet