Why Did the Ghatak Girl Covert to Islam? 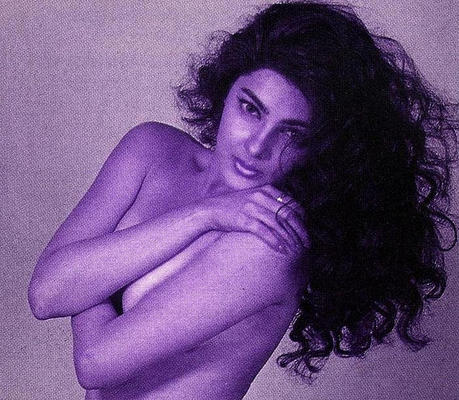 Remember Mamta Kulkrni? Don't worry much if you don't. Most people don't remember this girl who was one of the leading ladies of Bollywood in the 90s. Mamta was a successful actor who was just a little sleazy and got to entertain the masses with her dramatic latkas and jhatkas. Then she retired! And now Mamta is back in news for having converted to Islam. What's the story?

The story is as filmy as the Bollywood of 90s! Mamta Kulkarni fell in love with a guy called Vicky Goswami. Vicky was arrested in UAE in a drugs smuggling case. He was sentenced to a punishment for 25 years, but the sentence was reduced after he converted to Islam. So while Vicky was away in prison, Mamta handled his hotels business and patiently waited for him. The two have now tied the knot in May 2013. This is the story of how and why the Ghatak girl converted to Islam.

Mamta has worked in Bollywood for 11 years, and has appeared in many hit films like Aashiq Awara', 'Waqt Hamara Hai', 'Krantiveer', 'Karan Arjun', 'Sabse Bada Khiladi' , 'Baazi', 'China Gate' , 'Ghatak: Lethal' etc. She was involved in a nude photoshoot controversy at the peak of her career.

Celebrities in this Article: Mamta Kulkarni

5 Most Beautiful Leading Ladies of All Times in Bollywood.

Who is The Villain? Mamata Banerjee or Congress?

Javed Akhtar calls to end Azaan on loudspeakers, says it causes discomfort to others

Anushka Sharma: After getting married, I don't even get that much time to spend with Virat

Iranian Director Majid Majidi: Some people have created a false face of Islam

Convert Old Leggings into a Shrug!