Don't Want To Be Size Zero! 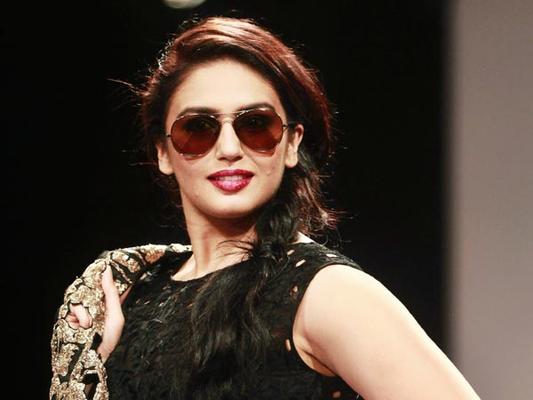 After Vidya Balan, here's another "womanly" woman who is making big waves in Bollywood. Meet Huma Qureshi of the "Gangs of Wasseypur" fame. This babe is curvaceous (some might call her plump!), sexy, and she plans to remain that way! 3 films old Huma feels that she looks good as she is and she would rather stay that way instead of running after the size zero brigade.

Huma says, "Either you think of it (weight) as a problem or as an added advantage. I would like to be known for my personality rather than size zero, I am an actress. I don't want to be a hanger." She adds that she would transform her self only if she felt that a script demanded it. She is currently waiting for the release of her next film with Nikhil Advani "D-Day"

"More than shooting difficult action sequences, trying to look like a RAW agent, keeping the character in mind, not forgetting the lines etc... There is so much synchronisation that happens when you do action scenes," she said. "Besides action, there are cars blowing up, gunshots, blast happening in the background and you don't want to mess it up with (bad) performance... So all that is scary. Rishi Kapoor is my favourite co-star in the film he is fun to work with. He has great anecdotes, he is very inspiring. He is child-like... He is dedicated and passionate about his work. Irrfan is a great performer. As a co-star its difficult to know what he will do next as he is full of surprises. Having an actor like Irrfan in the film is like a blessing, he takes it (film) to another level. Arjun is the most good looking and fittest actor we have."

Celebrities in this Article: Huma Qureshi

A Breakup Won't Kill You!