Who's Getting Paid 88 Crores for an Endorsement Deal? 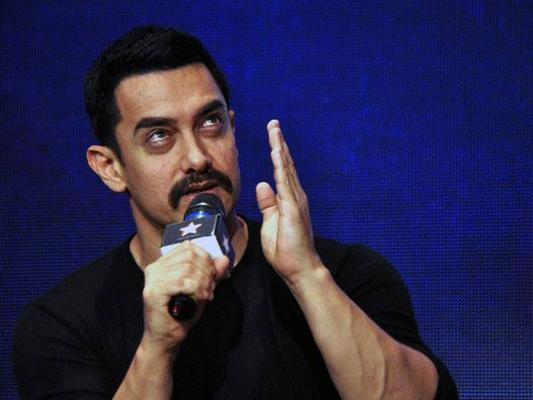 The Bollywood endorsement wars have been renewed, and turned extremely hot this time! The Bachchans, Kapoors and Khans have always been competing to be one-up in the numbers game in both films and endorsements. But Aamir Khan has taken such a big leap in the numbers that everyone else has been left behind...gaping with an open mouth!

Reports suggest that Aamir Khan has signed an endorsement deal which has earned him a whopping sum of Rs. 88 crores! This amount will be paid to the actor over a period of one year and a series of ad films will be shot in this period. We are still in the dark about the name of this commercial brand which has signed up Aamir Khan. But 88 crores...just imagine!

Guess What did Aamir Khan Buy for Rs 35 crore?

Aamir Khan not collaborating with Alia Bhatt and Netflix for this reason?

Aamir Khan: I see myself as a learner, someone who has got a curious mind

Aamir Khan: 'We never dreamt of this that Dangle earns Rs 872 Crore in China

After a long time, Aamir Khan has recorded another song for Dangal

Aamir Khan: I always dressed badly and nobody takes him seriously style-wise

Aamir Khan has shot for a magazine cover after many years