My Boyfriend Flirts With Other Women... 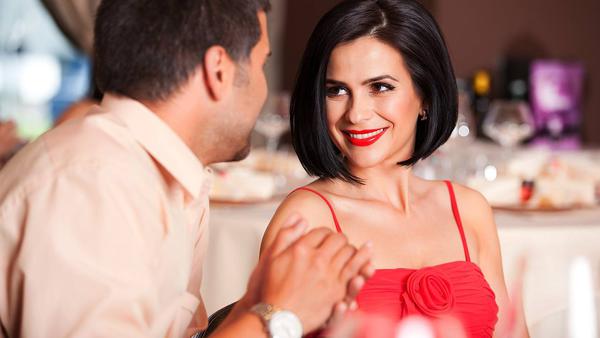 "I have been with my boyfriend for more than 2 years now. Everything is great between us and it feels like we are perfect for each other - except that he is very flirtatious and I just can't seem to accept it. I thought he would change after we became committed to each other, but he flirts with other girls all the time and it makes me feel a little worthless at times. Am I over-reacting, or is this ok?"

Raveena wrote in with this little question and we know that many girls and women are dealing with a similar situation. Here's what we think:

First of all, it seems that Raveena's boyfriend is naturally flirtatitous. Often people think that they are charming, and others consider this "charm" as being flirtatious. Such people don't even realise that they are hurting their partners with thir "charm". If you meet such a person, and fall for him, then you are yourself responsible for what follows. You cannot expect your partner to change his basic nature just because he is now committed to you. He may or may not change, but you can't try to change him.

Secondly, if you try to set limits and punish your boyfriend, all you will achieve is that he will avoid such behaviour in front of you. But what he does behind your back is a different matter!

So how do you handle such a situation? The only way is to have a conversation with him. Try to tell him that his behaviour makes you feel hurt and you cannot deal with it. If he shows understanding, he will try to change his ways. But if he doesn't, you should change your boyfriend. Don't put up with it if it hurts you that much!

Is your boyfriend ignoring you? Part 2

How To Deal With A Flirtatious Partner

"Mom, This Is Sameer, My Boyfriend."

Saif Ali Khan might change his son’s name, he doesn't want him to become unpopular

Microwave Hacks You Must Know!

Lose Belly Fat in a Week!

Are You Sick Of Your Boyfriend?
LATEST EVENTS / GALLERIES
Most Read
...loading