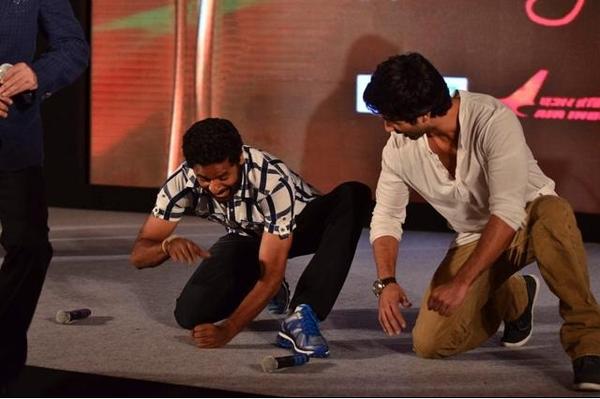 Prabhu has wanted to work with Shahid for quite some time since he was very impressed with Shahid's work with Vishal Bhardwaj. Prabhu realises that Shahid has a lot of potential and he has decided to showcase Shahid in a completely new way. He is creating a new look for Shahid along with new signature moves for the actor. We all know how graceful Shahid is when he dances, surely the dance moves will be worth waiting for!

Shahid says, "When it comes to dancing, there are only two people I look up to -- one of them is my guru Shiamak and the other person is Prabhu sir."

How Would You Rate This Desi Rambo?

Hrithik Roshan to star in Prabhu Deva’s next?

Sonakshi And Shahid On The Sets Of Rambo Rajkumar

Shahid,Sonakshi And Prabhu On The Sets Of Rambo Rajkumar