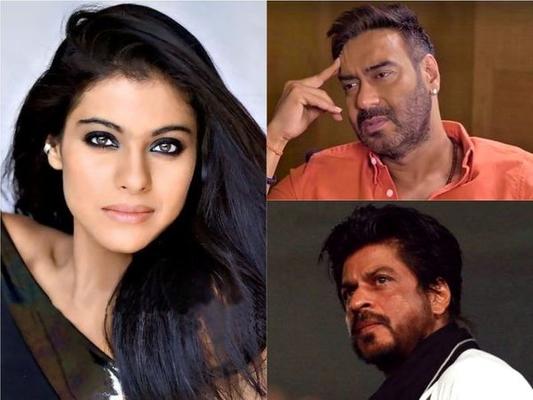 Who, in your opinion, is the best actress in modern day Bollywood? Katrina? Kareena? Deepika?

Kajol doesn't quite agree with you! Kajol is of the firm opinion that none of the actresses in the current lot of Bollywood is quite as good as she is. She thinks she is still the best that Bollywood has to offer. In her own words, "There is no one. I don't think there is any one better than me. Not right now. I think acting is something where you learn, re-learn things, hone and refine your skills. I think the girls need time."

Kajol made these statements in a conversation with her good friend Karan Johar when they met at an event. When the conversation veered towards hot pairings in Bollywood, Kajol again maintained that she was still the part of the best pairing in modern Bollywood. She thinks that no other piring matches the magic that Kajol-SRK bring to the screen. "I haven’t seen anyone like that who could build or match up to Kuch Kuch Hota Hai and Dilwale Dulhania Le Jayenge."

Celebrities in this Article: Kajol Devgan

Beauty Lies in the Hands of the App Holder!

Kajol's Shoots For A Detergent Ad

Kajol's On The Covers Of Hello Magazine Nov 2013 Issue