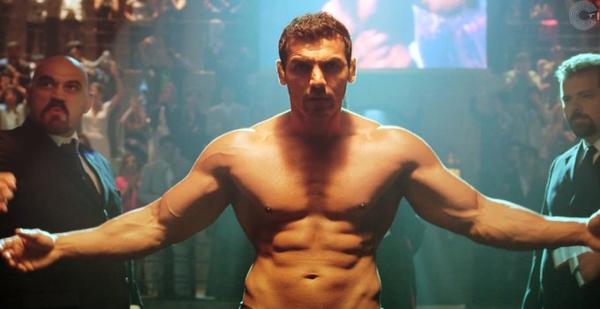 Race 2 is officially the first hit of the year 2013. The film has had a fantastic opening and domestically collected around 52 crores in the opening weekend. Internationally too, the opening has been great and it has managed to collect about 17 crores in the international markets. This takes its tally to about 68 crores. The thriller which is a sequel to 'Race' was touted to win over the hearts of movie-goers and has managed to bring a smile to its directors - Abbas-Mustan who had a bad year in 2012 what with 'Players' flopping at the box-office.

Race 2 has a lot of stars to its credit. First in the list is the fittest actor of Bollywood - John Abraham. Then they have the Nawab himself - Saif Ali Khan who was also a part of the first movie in the series - 'Race'. In fact Anil Kapoor and Saif are the only two actors who have been repeated in the sequel. The male actors were ably supported by the hot Deepika Padukone, the sultry Jacqueline Fernandez and the demure Amisha Patel.

Now that Bollywood has got it's first certified hit for the year 2013, lets see what it has in store for the rest of the year, what with Sajid Khan announcing that his 'Himmatwala' will be one of the 3 biggest hits of the year 2013. Watch out this space for more!

Who's Getting Paid 88 Crores for an Endorsement Deal?

Jacqueline Fernandez has 4 songs in Race 3

Race 3: Here’s what Salman Khan has to say about Jacqueline Fernandez

Amisha Patel,Anil Kapoor,Saif Ali Khan on the Sets of Race 2