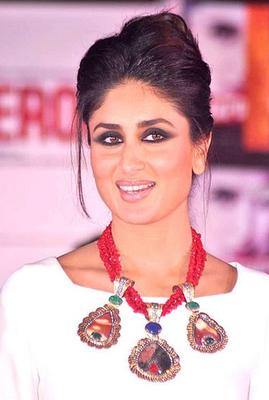 Kareena Kapoor, who has been chosen as the "Hottest Vegetarian of the year" many times, is no longer eligible to contest for this poll. Bebo, who had turned vegetarian when she was seeing Shahid Kapoor, is no longer one.

Kareena's mother-in-law Sharmila Tagore has revealed in an interview that Bebo now eats fish. When asked about Bebo's eating habits, ma-in-law Sharmila replied that she found it very difficult to fix veggie meals for her daughter-in-law as her repertoire is limited when it comes to vegetarian cooking. But she finds it easier, now that Bebo has started eating fish.

Papa Kapoor must be pleased; we hear that Bebo's green diet never made any sense to the tandoori-chicken family!

Celebrities in this Article: Kareena Kapoor

Being A Vegetarian Doesn't Automatically Make You Healthy

Are You Sure You Are A Vegetarian?