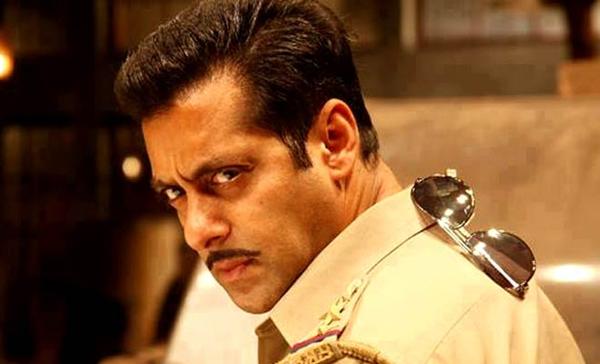 Dabangg 2 is on a box office roll! Casting all aspersions aside, Dabangg 2 has collected a humongous 65 crores at the box office in the first weekend and is all expected to cross the coveted 100 crore mark on Christmas day. With this, Salman Khan establishes his supremacy as the box office king what with 5 back-to-back over 100 crore hits. Starting with Dabangg 1, Ready, Bodyguard, Ek Tha Tiger and now Dabangg 2, for Salman, there is no looking behind and his only competion it seems is with himself!

Dabangg 2 has also established a new opening record. By collecting over 21 crores on the first day, Dabangg 2 has broken the previous opening record of any movie on a non-holiday opening day. Previous record was held by Akshay's 'Rowdy Rathore' of about 15 crores which now stands broken by Dabangg 2. The happiest man out there must be Arbaaz Khan who had a huge responsiblity on his hands what with Dabangg 1 having established such a huge fan following. Also he had to ensure that his brother's stardom stays intact.

Dabangg 2 was panned by critics as having a weak storyline. But it seems the character 'Chulbul Pandey' was more than enough to cover up for the poor script and Salman's hold over his fans and the junta was enough to take the movie to a mind boggling box office trip! Well, what can we say - As long as he rules the box office, Salman stays Dabangg!

So Who's The Real Dabangg?