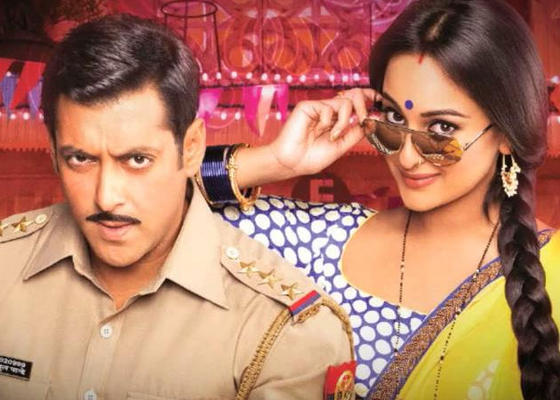 The original Dabangg saw such stupendous success that a sequel was announced immediately. No doubt director Arbaaz Khan has put a lot of effort and thought into the next part of this very successful franchise. But does the sequel really live up to the hype?

In the sequel, our dear Robinhood Pandey has moved to the city of Kanpur and is now a happily domesticated man, devoted to his lovely wife. He now enjoys cordial relationships with his stepfather and stepbrother too. But what would Chulbul Pandey be without a handful of goons to thrash around? So there's a new villain, Thakur Bachcha Lal, and his goons who need to be taught a lesson. The lesson is duly taught by the one man army, our indomiatble Robinhood Pandey who throws men around like books. You can't help but chuckle at the cinematic liberties!

Though the film is made to impress and Salman does look dashing as ever, the film is repititive and a bit monotonous. The story isn't much different and there is nothing new really on offer! You will probably leave the theatre feeling that the original was more entertaining!

Poonam Wants To Strip Again...For You!