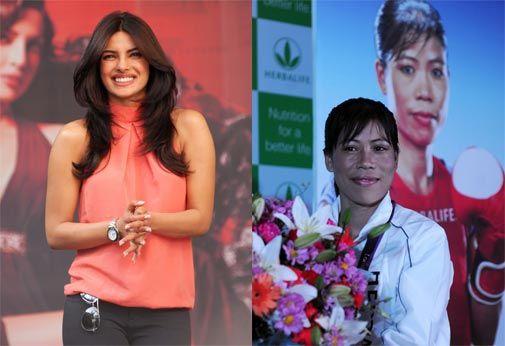 Days after MC Mary Kom became a national hero with her Olympics feat, Sanjay Leela Bhansali announced that he would make a biopic on the sports star. It seems that the work on this much talked about biopic has already begun. Omung Kumar, who has worked as Art Director with Bhansali for Saawariya and Black, is now making his debut as a Film Director with this project.

Bollywood has very few films made on sports stars, and even fewer on female sports stars. So this film is generating a lot of interest and hype. Ever since Bhansali announced  this project, there has been much speculation about who would get the meaty role of Mary Kom. It now seems that Priyanka Chopra is a likely choice. Reports suggest that Priyanka is in talks with the producer and director regarding this project.

Who do you think is the best actor to play Mary Kom?

3 Reasons Why You Must Watch Mary Kom