Aiyyaa, Bhoot and Makhi Flop at the Box office 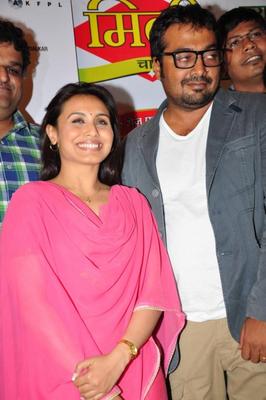 Last weekend was a real bad one for Bollywood what with all the three movies that got released flopping miserably. The three movies in question are 'Aiyyaa', 'Bhoot 2' 'and 'Makhi'. This is really surprising considering that the movies which were released in the past two weeks such as 'OMG' and 'English Vinglish' have done really well at the box office. 'Aiyyaa' had Rani Mukherjee as the main lead, but apparently Rani's star is on the wane! 'Bhoot 2' had Ram Gopal Verma at it's helm as the director, but that could not save it from its misery!

The third movie 'Makhi' though praised by critics for it's unique storyline did not have any big names in its starcast to boast about and met with a similar fate as the other two movies. In fact exhibitors and multiplexes drastically cut the shows of all three movies and increased the shows of 'OMG' and 'English Vinglish'. While people were hoping for a better fare from 'Bhoot 2' the content let the movie down. High time that RGV gets his act together, else he may have to cast himself in 'Bhoot 3'!

'OMG' has already crossed 65 crores net at the domestic box office and 'English Vinglish' is close to 40 crores. It is great to know that the Indian audience is appreciating good content. Hope to see some more such great movies. Keep them coming!

OMG! Worth The Price of a Ticket?

Lose Weight in One Week!