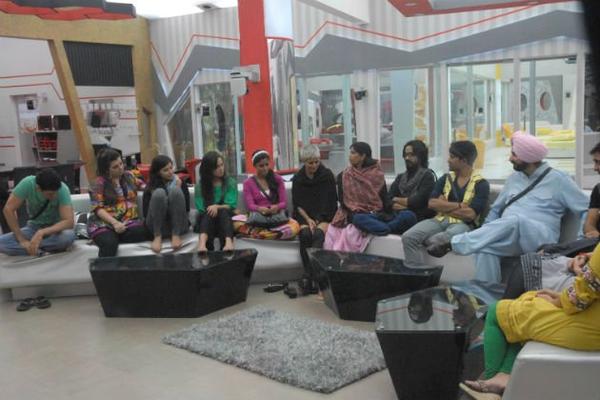 So what happened in the Bigg Boss house on Day 1? Here's a little update for all you fans of the show.

Delnaaz, Kashif, Karishma and Sampat were the first ones to wake up on their first morning in the crazy house. Apparently Delnaaz was already feeling homesick and she was seen weeping in front of the pictures of her family. Her ex-hubby Rajeev noticed the tears and sent a hug through Aashka.

Kashif and Navjot Sidhu were busy reciting shayari to each other. Do we finally see a competitor to the talkitive Mr Sidhu here? Bigg Boss cracked a little joke as he chided Sidhu for not wearing his mike. Vrajesh shows Sampat Pal how to put on the gas stove. It's a little unbelievable that Sampat doesn't know how to do that. All in all, the first day was a calm day, except for a little outburst by Sapna Bhavnani, who equates herself with Sampat Pal & Aseem, and claims to be a krantikari!!! Yes Sapna, hairstyling is really such a revolutionary thing to do!!!

Sampat Pal Out Of Bigg Boss 6