Is Raaz 3 Worth Your Money? 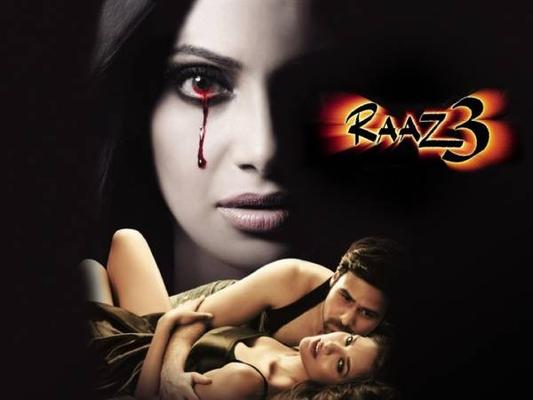 This Weekend, prepare to get scared. Yes, 'Raaz 3' manages to do that. And for a horror film
that is bulls eye! After all, 'Raaz 2' barely managed to scare us! Luckily for us 'Raaz 3' is in 3D. Also, Bips has really delivered in a role that is one-sided and black. Playing the role of a psychotic and jealous woman, Bips immerses herself in the character and comes out trumps.

The storyline is pretty simple and straightforward. Bips is a beautiful and successful actress who has the best in life. She gets the best of films, wins nominations for awards and wins them too and has handsome director Emraan as her boyfriend. Enters a younger woman Esha and soon Esha has everybody falling for her. The roles start going to Esha and what's more even Emraan moves on!

Bips turns to black magic to get rid of Esha and to get back her lost success and her boyfriend. The film has good special effects and some scenes really manage to scare you out of your seats. Sound and wind have been used effectively to create an eerie atmosphere of supernatural. Vikram Bhatt's third instalment in the series is worth a dekho if you are a horror movie buff. Go watch it!

Why is Bips Distancing Herself From Humshakals?

Is Jannat 2 Worth Watching?

Emran Hashmi to start shooting for Raaz 4 in Romania Jungle

Bipasha,Esha and Emraan in Ahmedabad For Raaz 3 Promotion