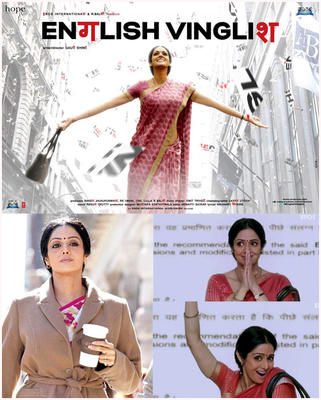 Sridevi was last seen in 'Judaai' and that was 14 years ago. If you missed Sridevi in these 14 years, it's time to cheer up. Sri is all set to make a comeback this September with R Balki's 'English Vinglish'.

English Vinglish is a fun filled film set in the USA. The film shows how important we consider language ability and how a housewife is spurned by her family due to her lack of skills in this language. Embassed by her bad English, the central character, played by Sridevi, decides to take up a course in English speaking and there begins all the fun!

The film has been directed by Gauri Shinde and has been selected for screening at the prestigious Toronto Film Festival.

You Will Be Impressed By How We Have Influenced the English Language!

Aiyyaa, Bhoot and Makhi Flop at the Box office

Sridevi and Gauri Shinde team up for ‘English Vinglish’ sequel?