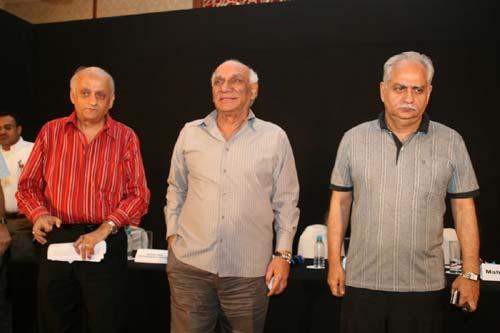 In a shocking turn of events, the Film and Television Producers Guild of India has threatened to shift base from Mumbai to another city. This was announced by producer Ramesh Sippy, who is the President of the Guild. Mr Sippy said, "The CM is aware of the problems we are facing and things have gone out of hand. There’s a need to come together and solve this matter. If the solution has to be punitive then let it be punitive but we want to work peacefully."

This announcement came in 2 days after MNS workers vandalised 15 vehicles of a film making unit, including the vanity vans of John Abraham and actor Ayushman Khurana. Such political hooliganism has become quite common in Mumbai with MNS workers creating problems for film crews every now and then. These workers even go to shooting locations and check for ID cards issued by the motion pictures association. If someone is found without an ID card, these workers demand a fine, which they have no right to do legally.

Apparently, the Gujarat government has been sending feelers to Bollywood, inviting the film makers to shift base to Gujarat. After the Tatas, it might be Bollywood that shifts to Gujarat for a better working environment, political support and infrastructure.

Tragedy Strikes at Mumbai - Who is Responsible?

Is She A Seeta, Or Is She A Geeta?

Amitabh Bachchan At The Great Gatsby Goes To Gujarat Event

The Guild comes to Bollywood