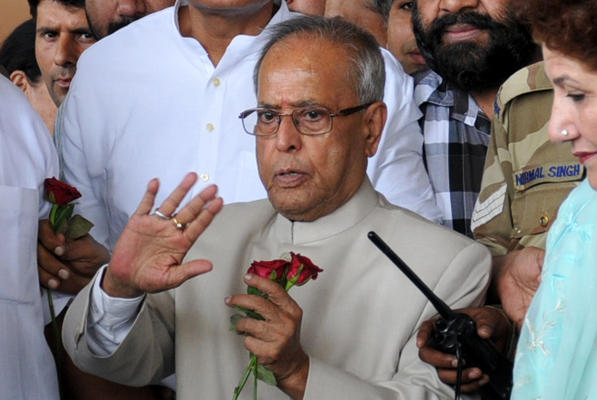 Mr Pranab Mukherjee will be India's 13th President. This news came in after an election that he won with an impressive margin and support from his peers in the Parliament. Mr Mukherjee won more than 5,58,000 votes in the contest against Mr P A Sangma, who lost by a huge margin.of 239,966 votes.

Mr Mukherjee is now the President elect of our country and will be sworn in by the Chief Justice of India in a ceremony on July 25th this year. In a message to the country, Mr Mukherjee said to a Bengali daily, "I am very happy. I thank everybody for their love and support. I  thank all the people of my country and I will strive to live up to the expectations  and faith that people have bestowed on me."

Mr Mukherjee started his political career in 1969 and has served in every Cabinet of Congress-led governments since Indira Gandhi became Prime Minister.

Bachchan Too Busy To Meet Obama?

Joy Mukherjee Is No More

Tamannaah Bhatia Gets Felicitated By The President Of India

Pranab Mukherjee Sworn In As the 13th President of India