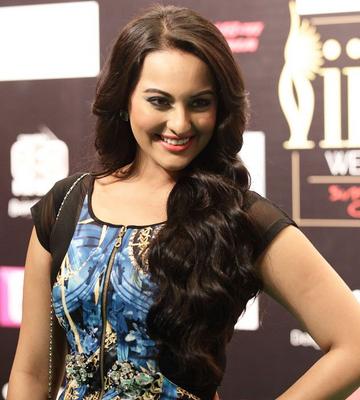 Sonakshi Sinha, who is the most promising new girl in B-town, has apparently fallen for a much older guy. She has been linked with actors like Ranveer Singh in the past, but she has always maintained her "SINGLE" status, when asked. But it seems that Sona is single no more!

So who is this "older" man that everyone is talking about? This guy is Bunty Sachdeva, who is Sohail Khan's brother-in-law and is a celebrity manager of some fame. This is exactly why he has dated Sushmita Sen and Neha Dhupia previously. Before dating  these beauties, Bunty was a married man but broke up with his wife for some reason. What a sad news for all the young men out there who thought they could get rowdy with Sona!

Rainbow Sari at IIFA: What Was Sona Thinking?

Shatru and Sonakshi To Work Together!

Sonakshi slam the media, on the alleged report of spending night with beau Bunty