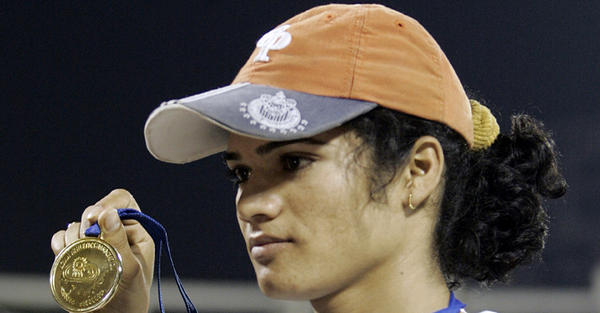 Pinki Pramanik is a big name from the Indian athletics circuit. She is a Gold medal winner at 2006 Asian Games, won a Silver medal at the Commonwealth Games that year,  and has also won at various other international platforms. She retired from athletics a few years ago and is now employed as a ticket collector with the Eastern Railways.

Pinki is now back in news. She has been detained by the police after a woman has lodged a very serious complaint against the sports star. It has been alleged that Pinki is, in fact a male, and has repeatedly raped this woman, forcing her to live with Pinki. After this complaint, the court instructed the police to go for a sex determination test at the government hospital but Pinki has refused to undergo the test, saying that it is a conspiracy against her. She has stated that she has participated in various international events where her gender determination tests have already been done. Fair point, but then why the refusal?

A medical checkup at a private nursing home has revealed that Pinki is indeed a male and the formal gender determination test will be done today in a government hospital.

Kapil Sharma's Pinky Bua is All Set to Get Married!

Your Child May Be Turning Into A Criminal!

Aishwarya At The Opening Ceremony Of 20th Commonwealth Games

Have you played Glitch Yet?
LATEST EVENTS / GALLERIES
Most Read
...loading