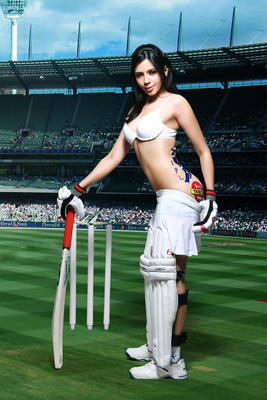 If you thought that Poonam Pandey had bared it all, you better think again! Have you heard about Rozlyn Khan? No? Well, read further to know more. Rozlyn is a small time model who has decided to follow in the footsteps of Poonam Pandey to make it big. She is a Gladrags model who has done a Full Monty for none other than our Indian team skipper and the captain of the finalists of IPL 5 and two time winners of previous IPL Editions - Chennai Super Kings - Dhoni.

Well what can we say about Dhoni? Some people have all the luck!

Indian batsmen are like faithful husbands, they perform only at home

SSR introduces to Dhoni as a TC In MS Dhoni teaser