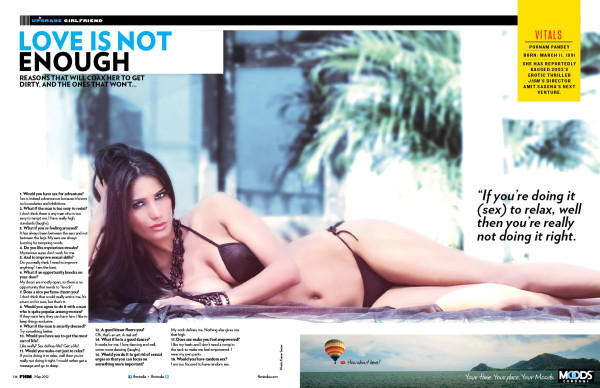 Once again she promised to go nude. This time model and exhibitionist Poonamm Pandey announced that she would bare all if her favorite team, the Kolkata Knight Riders won IPL 5. They did, and she has managed to keep her promise this time.

Poonam Pandey posted a nude picture on her Twitter page. The picture has Poonam lying on her stomach, wearing only a black neckpiece and black beads on her wrist. It's a really artistic shot that does not come across as very cheap.

The first time Poonam announced her desire to bare it all was when she used it to motivate the Indian team to score at the World Cup. Since that day, Poonam shot into fame and has continued with her titillating comments and pictures that make sure everyone remembers her and talks about her.

Celebrities in this Article: Poonam Pandey

Veena Malik Has Been Disowned

Poonam Wants To Strip Again...For You!

Where Is Poonam Pandey?

Sherlyn And Poonam Nude Pics That Are Making Controversial News