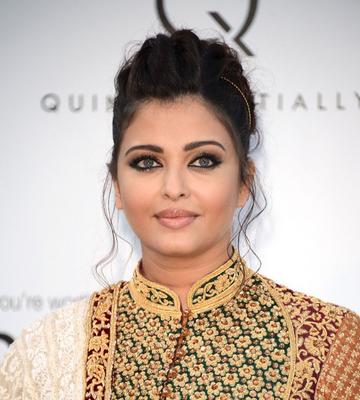 The whole country has been engrossed in a debate about whether Aishwarya Rai Bachchan will make an appearance at the Cannes Film Festival this year or not. Even though Ash is India's best known face at the Cannes, there were rumors that she would not be able to make it this year. Critics even said that she SHOULD NOT go this year since she looks quite bad and out of shape due to recent motherhood.

But Aishwarya has made an appearance at the Cannes and she looks smashing. Though she is dressed in a traditional Indian attire, she has used just the right makeup and style to camouflage the bulky frame. The best thing about Ash in these pictures is her lovely hair which she has styled in a very attractive way. Good job, gal!

Sonam To Go Desi For Cannes

Ash Canne Do, Sonam Canne Not Do!

Aishwarya Rai Bachchan At 'The Search Premiere At Cannes 2014

Aishwarya Rai Bachchan At The AmfAR Gala At Cannes

Aishwarya Rai Has Hit Headlines With Her Every Appearance at Cannes

Freida Can Never Be Ash!