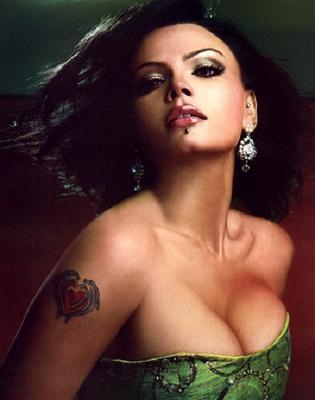 Rakhi Sawant has been in news recently for acting offers coming her way. It was announced last week that she'll be playing Bhanwari Devi in a film. Now it has been revealed that Rakhi Sawant will be playing the lead in a Bengali remake of the hit film "The Dirty Picture".

The film will be directed by Shatabdi Roy and produced by Tapas Paul. It is supposed to be a bolder version of Ekta Kapoor's film. Rakhi has publicly stated that Vidya did a bad job of playing Silk Smitha because she did not reveal much! Trust Rakhi to get attention all the time with her statements! So yes, naturally, Rakhi will reveal a lot in her Dirty Picture!

Rakhi Sawant poses with Pakistan flag: find out the reason behind it