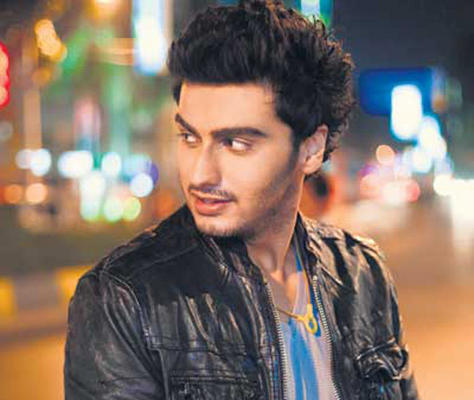 Arjun Kapoor is one of the latest additions to a long list of star-kids who enter Bollywood. Arjun Kapoor is Boney Kapoor and Mona Kapoor's son, and Sonam Kapoor's cousin. He made his debut with Ishaqzade, opposite Parineeti Chopra. So how do you think Arjun bagged this role?

Contrary to what you might be thinking, Arjun did not use his father's or family's name to get this role. He got it like other debutants do...through social networking! Yashraj Films' casting director Shanoo Sharma saw Arjun's FB profile and shortlisted him for the role, without knowing that Arjun is Boney Kapoor's son!

So if you wanna make it big in Bollywood too, get yourself shot in amazing poses and create an attractive profile on FB to kickstart your acting career.

Boney Kapoor to make no entry sequel with son Arjun?

Celebs Attend Screening Of Documentary Film In Their Shoes

Arjun Kapoor Behind The Scenes For Filmfare