Shahrukh and Farah Back To Working Together 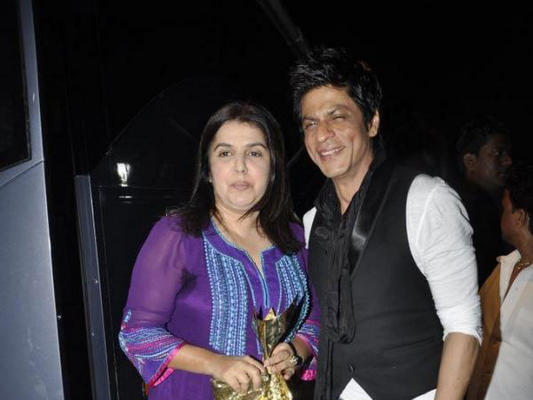 After all the hoopla about how SRK slapped Shirish Kunder in public, it seems happy times are back for the old friends Shahrukh and Farah Khan. SRK and Farah have announced that they will soon start shooting for "Happy New Year", a project which has been talked about for 5 years now. The project was shelved after SRK-Farah fallout  a few years ago. But now all is well between the two and we can expect a great entertainer from these buddies.

SRK and Farah were best friends at one point of time. So much so that Farah had publicly said that she would never make a film without SRK starring in it. But after the fallout, she made a film, and she made fun of SRK in her film. Of course it bombed! Let's hope the two can maintain their new found friendship and entertain us again with a great film.

"Happy New Year": Made For The Ladies!

Farah Hooks Up With A New Khan!

Not Just Another “Cricket” Movie!

Farah Ali Khan At The Launch Of Tanishq Collection

Farah and Chitrangada Promote Joker With Aliens in Mumbai

SRK Farah Back To Work

Shirin Farhad: Watch Out For Them!