Who is The Villain? Mamata Banerjee or Congress? 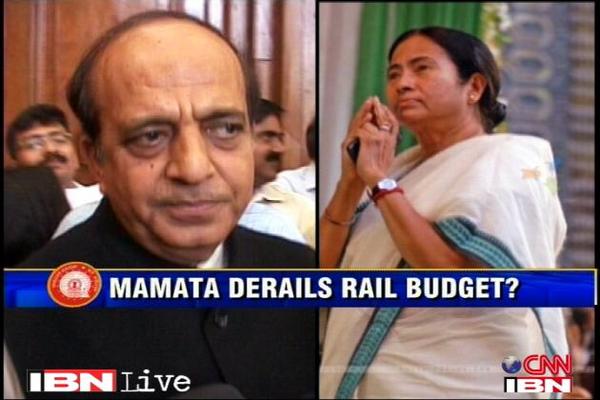 You might have heard about the Passenger Fare hike after nine long years in our 2012-13 Rail Budget. Dinesh Trivedi, Hon’ble Railway Minister was hailed as bold and visionary by media and his comments "Country First" made the headlines of all news media today.

TMC Leader Mamata Banerjee was mad about the passenger fair hike and she immediately faxed our PM to sack the Railway Minister, who hails from her own party.

Today netizens are putting all sorts of nasty comments about Mamta Banarjee. Someone said "One Women destroying our nation and its growth". Someone else mentioned "Mamata is beginning to be worse than the communists." etc etc..

But should we be really blaming her? If you see her past records, she fought with UPA on issues like Teesta Accord, FDI in Retail, NCTC. They were all good causes. UPA didn't get a free pass in all thoseand her opposition gave UPA to have a second thought before rushing on anything.

Why doesn't congress consult it's allies before taking any major decision on policies, although this time her own party member Mr. Trivedi didn't consult with her. So it's obvious that Mr Trivedi is more closer to Congress than to Mamata. Did congress play the game here to initiate a fracture within TMC by doing this?

Aseem and Sapna: Is Something Cooking?

Is Anna Really A Sangh Pracharak?

Irrfan Khan, Amit Trivedi, divine get together for Badla song

UPA Done In By Its Own Ministers!