Something To Look Forward To In Olympics... 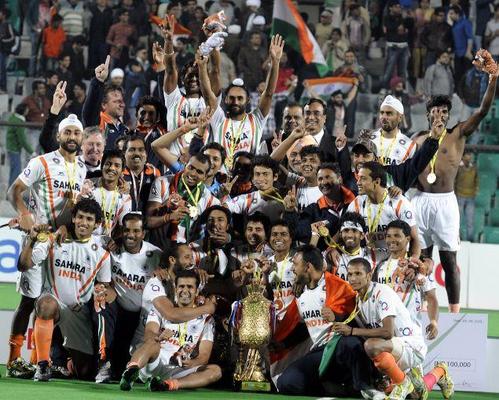 Indian Hockey team has done us proud. They have defeated the French to book a slot in the Olympic Game to be held later this year. After India's amazing 8-1 win over France in the final of the Olympic qualifier at the National Stadium on Sunday, skipper Chetri said, “There was no team which could give us a fight. But we were not over-confident. We showed why this team was selected. The 8-1 win has deleted all memories of the Chile disaster from out life. Now an Olympic medal is our aim."

Schoolgirl's Guts Get Her A Date With An Olympic Star!

Katrina Kaif: Not amazed by Salman Khan involved in a controversy

Katrina And Nargis At Hockey India League Match In Lucknow