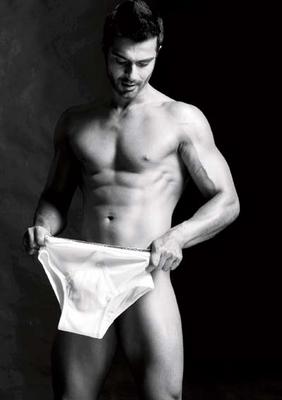 Now It’s the turn of Ashmit Patel to take off his clothes for an underwear add. Ashmit’s girlfriend Pakistani actress Veena Malik was recently in the news for posing nude for a magazine. Ashmit, who was last seen in the Big Boss series was on the gossip for his relation with Veena Malik. Before this entire buzz he was talk of the town for his MMS clip with Riya Sen.

Ashmit Patel has done a bold underwear shoot for the Men's Health's February 2012 issue for the style section of the magazine.

Veena Is Not My Type

Actress Veena Malik At The Premiere Of Zindagi 50-50 Movie

Veena Malik at The Launch Of Drama Queen Album