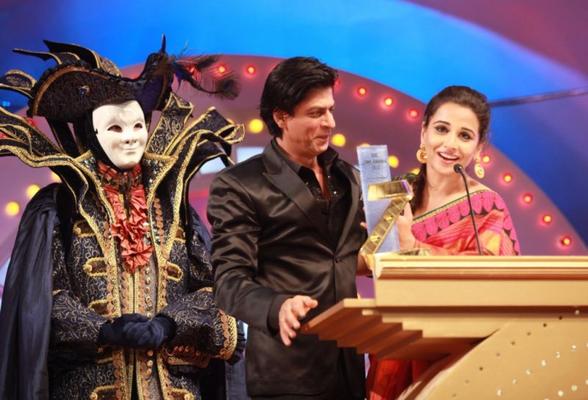 Stunning acting in “The Dirty Picture” by Vidya Balan drove her to win the ZEE cine Award as the Best Actress & the lead actor of “Rock star” Ranbir Kapoor won the Best Actor for his magnificent work. This function was held at Macau, China. “Zindagi Na Milegi Dobara” won the title of Best Film of the year & the Best story of the year, Zoya Akhtar won as the Best Director of the year for this movie.

Shahrukh Khan & Priyanka Chopra’s presentation as the host was the most hilarious part of the show. Ranbir Kapoor & Shahid Kapoor rocked the stage by dancing on the songs of Shami Kapoor & Dev Anand’s movies. The most attractive movement was when Evergreen Jitendra Kapoor was awarded as Life Time Achievement Award. Shahrukh Khan got the Jury awards in best actor for “Don 2” & Vidya Balan as the best actress for “The Dirty Picture”. Vidya Balan said that she started her career through Balaji Tele Films “Hum Panch” on Zee Tv & she is proud for her achievements.

Check out the full list of Zee Cine Awards 2012 Winners below.

Celebs On Dance Floor At The Zee Cine Awards 2013

Shahrukh And Deepika At Press Conference Of Zee Cine Awards 2013