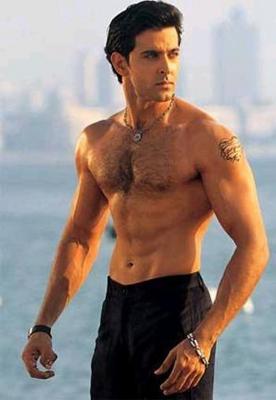 Hrithik Roshan's and Karan Johar's 'Agneepath' has hit bullseye at the Box-Office. The movie is set for becoming the first hit of the year 2012. The first day has seen about 20 crores being collected at the theatres. That is almost near to the super-duper opening of last year's biggest hit 'Bodyguard' which was a Salman Khan starrer. Trade-analysts say that 'Agneepath' could very well collect 21 crores as well on the first day.

This becomes Hrithik's biggest ever opening film and establishes him firmly as one of the superstars ruling the roost at the Box Office. Last year was good to Hrithik with a super performance in 'Zindagi Na Milegi Dobara' and he being chosen as the best host for his dance show on Star Plus. 'Agneepath' marks his return to the action genre. Let's not forget the ever talented Sanjay Dutt who has shown villains in a new light. Menace will never be the same again. And Rishi Kapoor in 'Agneepath' adds to the aura of badness.

All in all, Agneepath is set for a dream run at the box office and will rule the hearts of movie goers. 2012 seems to be a good year for movies! Lap it up!

Shahenshah remake is in the works

Super 30 and War: 2019 has turned out to be one of the best years for Hrithik Roshan

Hrithik Roshan: It is time for a double celebration

Trade analyst Taran Adarsh: SRK and Akshay to clash at the box-office on Independence Day weekend

Hrithik Roshan Poses With Fans In London And LA