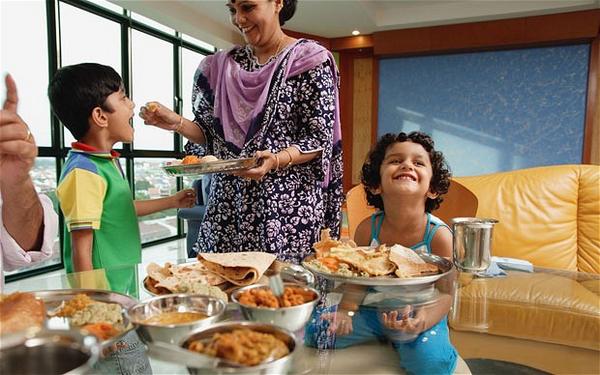 The children would be handed over to Anurup's brother Arunabash Bhattacharya and parents would have unrestricted visitation rights. Indian government would monitor their progress. The handing over of the children to their uncle and reunion with their parents could take up to seven days.

We at Memsaab welcome the move by Norway court and bring this to an end.

Anurup Bhattacharya works as a geo-scientist in Norway and lives with his wife Sagarika in Stavangar. in May 2011, the Norweigian child protective service took away their kids, 3 yr old Abhigyan and 1 year old Aishwarya after they behave erraticaly in school.

Although we don't know on what circumstances those children were taken, the NRI couple were charged with:

1. Force Feeding their kids with hand

2. Allowing children to sleep on the same bed

3. Childrens showing disconnection with the parents

When you look at these allegations, probably 99% parents in India will fit into this category and all our children need to be taken away.

Here the Irony thing is the children will be in foster care until they are 18 and both father and mother will get to meet their parents twice a year.

Apparently a lot going on this case. Bhattacharya's parents met with our President and asked them to intervene in this case. Our Foreign Minister has already initiated  diplomatic dialogs to make Norweigian government about Indian culture and how children are brought up in India.

What we hope is there will be a break thru in this case soon as Bhatachrya's visa going to expire in March. Their grand parents may be given the custody of the children with visitation rights given to Norway consular officials in India.

What would you do when government takes your children for more than 8 months and you can't even talk to them more than twice a year...?

Piano Lessons Have an Unexpected Benefit for Your Children

Teach Your Children How to be Safe

7 Ways Our Parenting Styles are Failing

Are You A Good Parent?

Parenting: Is it fun or does it suck?

Janhvi Kapoor to be felicitated by Royal Consulate of Norway

This is why Abhijeet Bhattacharya stopped singing for SRK

Kajol on paparazzi hounding star kids: We chose this profession, they didn't

Meghna Gulzar: After hearing this case, children were asking their parents; ‘Would you kill me?’

Boman Irani At The Book Launch Of Run Away Children

Parenting Mistakes to Learn From